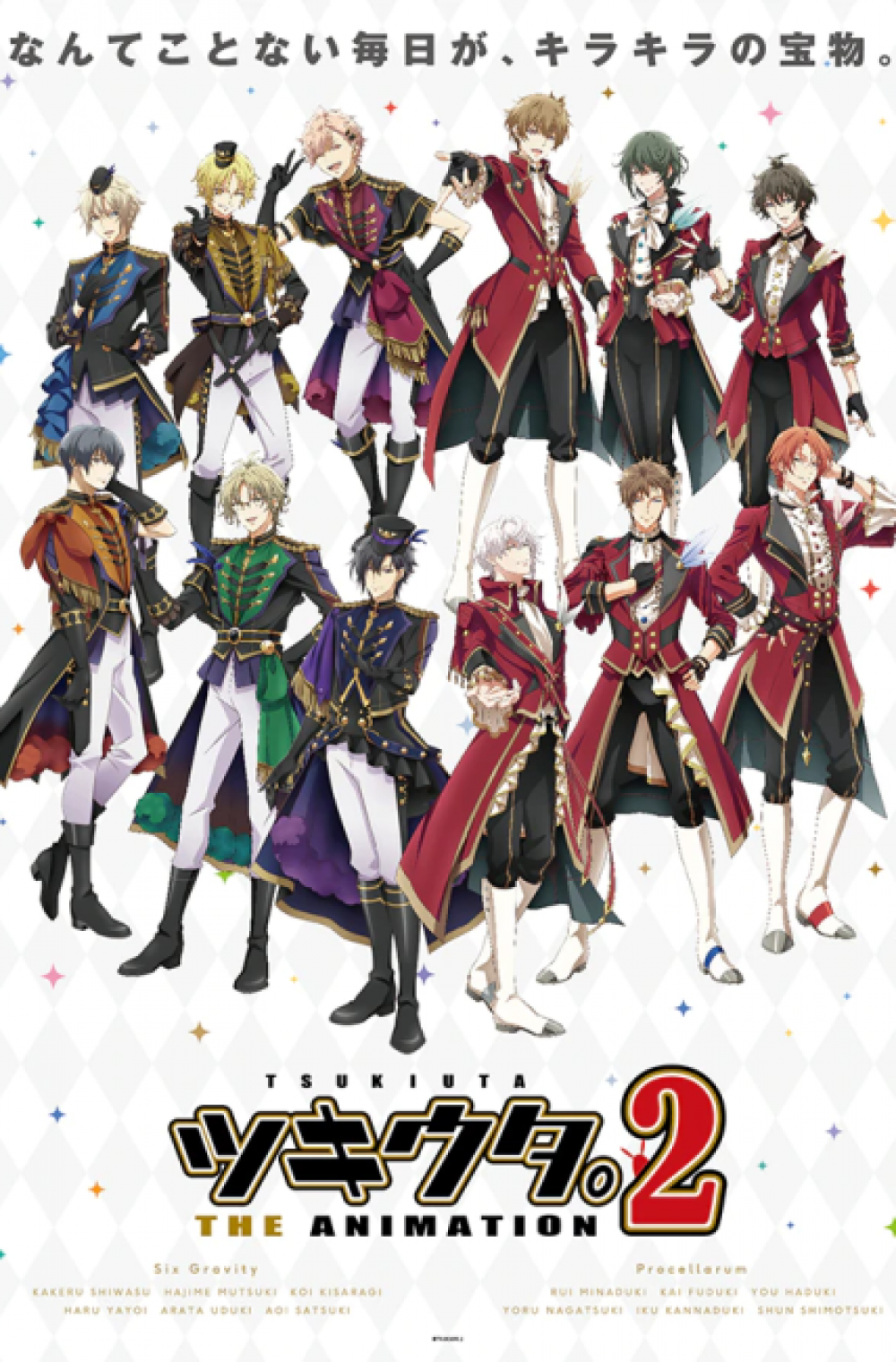 The second season of Tsukiuta.

Tsukiuta. THE ANIMATION is the television anime of a music and original drama CD series about anthropomorphized months. The franchise centers around the Tokyo idol unit Six Gravity (composed of characters representing December to May) and the sibling rival unit Procellarum (composed of idols born in Western Japan and representing June to November).