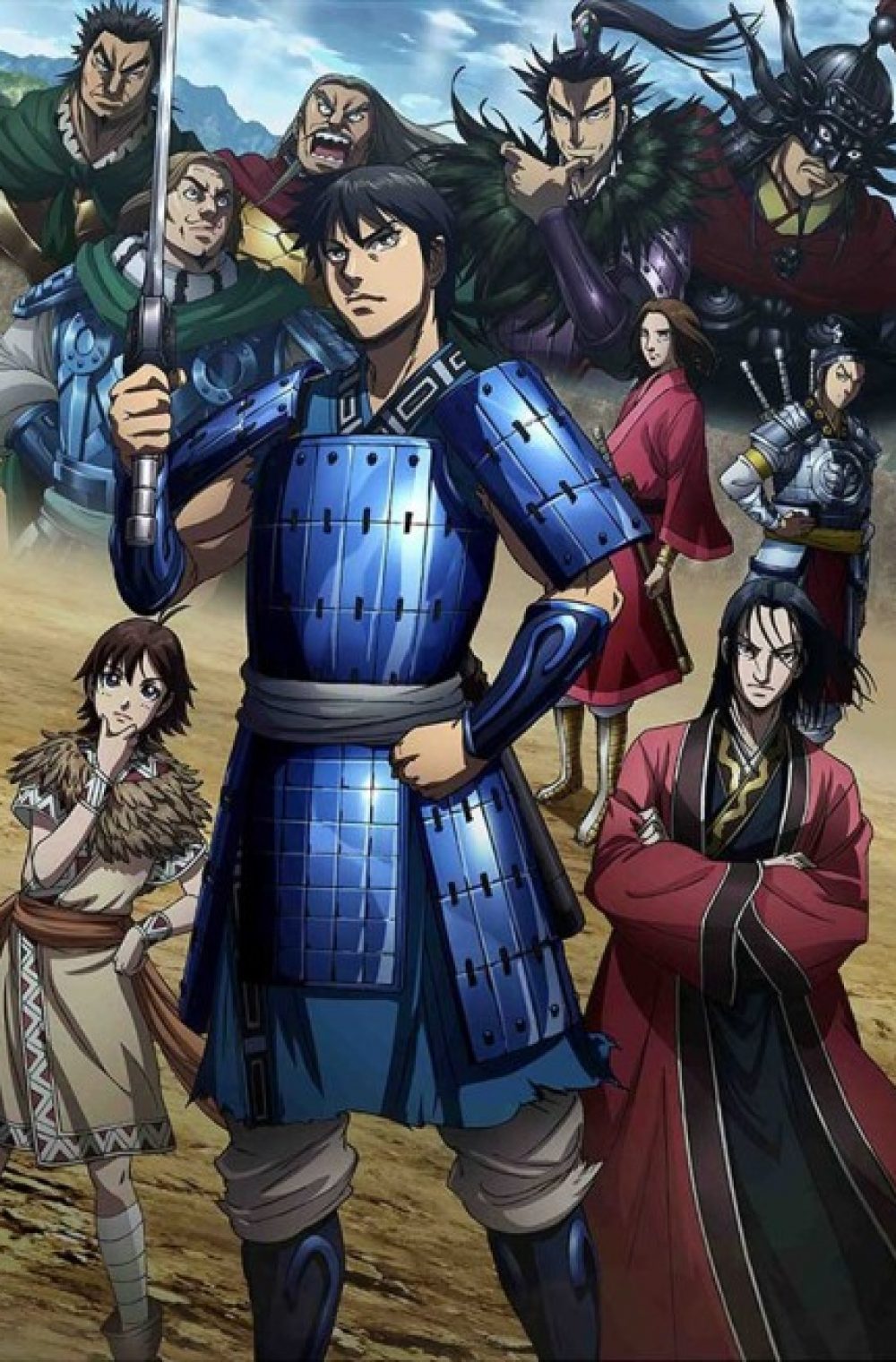 Kingdom (キングダム) is an anime series adapted from the manga of the same title written and illustrated by Yasuhisa Hara. The series was adapted into a two-season, seventy-seven episode anime series by studio Pierrot. The first season of thirty-eight episodes aired from June 4, 2012 to February 25, 2013. It follows the manga up to volume 16 chapter 173. A second season was announced, and aired thirty-nine episodes from June 8, 2013 to March 1, 2014.The second season continues the manga, from volume 17 chapter 174 to volume 24 chapter 260. A third season has been announced, and is set to premiere in April 2020.